No items found.
Product is not available in this quantity.
Blockchain

What Makes a Smart Contract “Smart”?

If you are still scratching your head about the concept of NFTs (non-fungible tokens), wait until you hear about smart contracts. 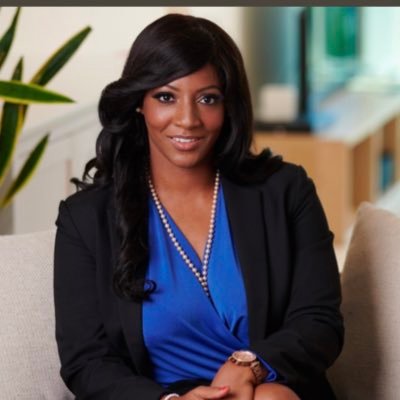 One of the many fascinating applications of smart contracts relates to intellectual property. When programmed correctly, certain intellectual property rights can be secured, transferred, protected, and authenticated. This is revolutionary in terms of reducing transaction fees, eliminating third parties, and simplifying blockchain transactions. As smart contract coders become more skilled at writing in diverse programming languages, the possibilities for smart contract applications have increased even more. Today, businesses, artists, and investors look to smart contracts as a way to further protect their assets, increase and automate trade of them, and expand their markets.

Smart Contracts – Who Creates Them?

Of note, smart contracts are written in computer code by computer programmers. The computer programmers must have a clear understanding of what the contracting parties want and the terms of their agreement. It is in this part of the development of the agreement that lawyers and programmers must communicate well with one another because the finished contract will be uploaded to the blockchain and become their final agreement that cannot be amended unless they have incorporated such options into the smart contract.

Moreover, smart contracts, in general, are not easily amended or terminated, do not provide room for negotiation after they have been executed, and are incredibly inflexible compared to their paper counterparts. So, contracting parties must do their best to include ambiguous language into their smart contracts. They must also include the terms and conditions that enable the contracting parties to accept partial or delayed performance and/or payments. Such arrangements are necessary if contracting parties are to do business together and maintain their commercial relationship.

Understanding underlying intellectual property law is imperative when businesses and artists want to enter into different kinds of contracts, protect a variety of interests, and use the smart contracts to authenticate their ownership and control of the creative work’s IP rights. In short, smart contracts can be used to do the following:

·      Transfer fund during the sale of IP rights

·      Reduce contract costs after the smart contract has been written

·      Facilitate the development of a computerized global IP system

These are great examples of how smart contracts can be used to guarantee payment in a transaction, prove ownership and/or authenticity of something, and protect against piracy. In the case of NFTs, the IP owner of the underlying creative work must give permission for the work to be turned into an NFT. If such permission has not been given, the NFT is not an authorized digital copy of the underlying work. Also, scammers, fraudsters, and other types of purveyors of illegal goods cannot confer or sell the IP rights of creative works that they do not own or for which they have not been granted a license to do so.

Smart contracts with intellectual property rights involved, give IP rights holders more control over their NFTs and how they are used by the buyers. The most basic right is for the buyers to be able to display the NFTs or license them to someone else for holding or display purposes. If the buyers violate the smart contract (i.e., sales agreement) then the seller could punish them by deleting the NFT or removing the link between the buyer’s metadata and the online file. This can all be done without a court order or third-party assistance. This ability to enforce and protect a certain right makes intellectual property smart contracts very attractive to creative work owners. As a result, artists and entities with limited funds for effective legal counsel can enforce their smart contracts against bigger, better-capitalized buyers who are infringing on their IP rights.

While it is generally agreed among blockchain legal experts that smart contracts can be enforced in U.S. courts, there are no federal laws that are directly on point concerning the legality of different kinds of contracts (e.g., verbal, written, computer). In fact, the legal requirements for contracts to be accepted and enforced by courts in the USA are determined by the state law that is applied to the contract.

For smart contracts, there are two main federal laws that are used by state courts to justify the admittance and enforceability of smart contracts. The two federal acts are the 1999 Uniform Electronic Transactions Act (UETA) and the Federal Electronic Signatures Recording Act (E-Sign Act).

UETA is accepted by 47 states in the USA. It, with some exceptions, permits electronic records to be given the same legal consideration as their written counterparts. The electronic records covered by the Act include computer programs, and electronic signatures, the basic components of a smart contract.

The E-Sign Act gives legal effect and validity to electronic signatures and records in interstate commerce. This means that for smart contracts governing transactions between parties in different states in the USA, the E-Sign Act can be used to prove that electronic contracts and signatures are permissible under the laws governing interstate commerce.

Thus, as smart contracts continue to evolve the current legal system is able to evolve with them. Interestingly, the acceptance and validity of these new kinds of contracts will largely depend on laws that were enacted before the contracts and the technology that enables them to function came into existence.

Smart contracts must be written by people who can translate legal language and ideas into computer code. This means that smart contract writers must work with legal experts (e.g., lawyers, consultants) and be able to convert their ideas into error-free computer code. Since most lawyers are not computer programmers or software developers, nor do they have the ability to check their work, legal counsel are dependent on the reputation and skill of programmers to produce error-free computer code that mirrors their ideas and agreements. This is a necessity because after the smart contracts are uploaded to the blockchain they cannot be edited or corrected.

While businesses may be excited about these contracts and how they can protect IP rights and facilitate IP transactions, it is not clear how the courts will view consumer competence and ability to knowledgeably enter into such contracts and reasonably be bound by them. If the general public cannot be held to have the knowledge and competence to enter into such contracts, then using them could become controversial and invite a lot of litigation.

This problem is particularly an issue for older investors who are becoming more interested in NFTs and blockchain technology decentralized applications (dApps) but don’t understand the technology behind it or the potential problems associated with the technology. Moreover, it is these investors who are being targeted by the new projects and seduced into joining them by their use of familiar names, sports, special moments (e.g., NASCAR, NBA, Grimes, Jack Dorsey).

Legal contracts may at times contain flexible language to afford for changing circumstances between the parties. This flexibility is incorporated into the contract to permit some wiggle-room if things don’t go as expected during the life of the contract. This flexibility may even give parties an opportunity to renegotiate certain terms while maintaining their agreement and business relationship. At this time, flexibility cannot be programmed into a smart contract. Furthermore, since the contract terms are automatically executed based on the presence or absence of pre-set conditions, there is no way for the contracting parties to suspend or nullify part of the contract after it has been activated on the blockchain. Legal flexibility includes concepts like reasonable effort, good faith effort, timely manner, etc.

Often after contracts are signed by the negotiating parties they are amended or changes agreed to based on changing market conditions. Events that may necessitate an alteration of a contract include natural disasters, war, economic sanctions, and bankrupt partners/suppliers. While both parties may agree to the change, the contracts cannot be changed after they have been uploaded to the blockchain. Again the immutable nature of the contracts, a positive for many people, is a major problem that has to be dealt with in general commerce.

Smart contracts can be entered into by anyone anywhere in the world. If there is a dispute involving the contract, then the parties may want to litigate the issue. It here that a whole can of worms is opened and must be dealt with before the matter can be litigated in any court. Essentially the courts must deal with conflicting jurisdiction claims, conflicts of laws, and extraterritoriality. In layman’s terms, the court must look at where the contract was initiated, where the breach of contract occurred, the contract laws governing the conduct of both parties in each jurisdiction, how to remedy any breach of conduct by either party, and whether the court can impose its rulings on parties outside of its jurisdiction. There are of course many more issues that may have to be settled before a smart contract can be litigated.

Will smart contracts ever become mainstream?

Smart contracts, like all new technology, must overcome their initial limitations and adapt themselves to the demands and needs of the market. The broader legal and technology community need to work together to raise awareness about the advantages and disadvantages of smart contracts.  Until then, we will continue to see a steady stream of small steps made by companies like Paypal, toward practical applications such as online payment processing.

Interested to learn more about ByteBao or want to connect with us? Reach out to set up a consultation call.

Do you need an Legal Advisors for Web3?
Book a consultation

Why law firms need to pivot to Web3